Good morning, it’s Thursday, and that means I’m going to post a throwback from my earlier posts. Essentially a re-post of an old archived post with new notes and observations. 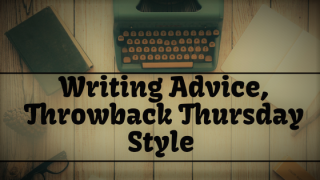 Anything added(except grammar and spelling corrections) are marked in green within the original Post’s text.

The next post I’m going to revisit is Expect the unexpected… or not . Originally posted on Sep 10, 2016 5:27 PM. The reason I’m revisiting is it’s easy to let a character peter out, and lose them in the story.

Expect The Unexpected… Or not

Sometimes a character or a side story’s direction can peter out. They will lose direction, interest or momentum. I like to make a side story/character impactful in some way. I generally have an idea where it will go and how it fits in and affects the main story.

What happens when it’s not meeting the mark? It’s time to recharge the story or character.

What do I do? First, I don’t let myself get discouraged. Then I take a break to come back with a fresh perspective and take a good look at the problem. Usually, for me, the issue is lack of action. Second, I think what I want to accomplish and can I spice it up. This can take seconds to days or even weeks to come up with a new direction, a game changer. They can be main or subplot twists. They don’t have to be dramatic or huge, subtle works too. That can be tedious to wait for an idea from the deep recesses of my brain. I make two lists to spark inspiration. One is random things that can happen and one of the random things that make no sense to the story. They can look like this.

I make these lists primarily to put ideas in my head. (The lists are not always the same and are story specific. They are ideas that fit or won’t fit with the particular project I’m currently working on. For example in my new book, my MC off-hand thinks of murder. She’s given a good reason. That is a kind of planning. In my original MS, I wouldn’t have my MC even think about it.) Often they will lead my mind down a path to something that makes me gasp, sit up and feel the excitement. Determining what’s possible and impossible will depend on the base morals of the story and the characters within. For this, I’m not worried about foreshadowing, unless it’s really big and needs a little setup. I like a surprise, the random things that the reader doesn’t see coming (I still like this.) However, I use this in moderation, if it’s a constant storm of ‘what the hell just happened!’ it can distract from the story and turn the reader off. Plot twists are great. Plot turns are fantastic, blowing it to kingdom come… probably not a great way to endear readers to you. I say this because I’ve read books where nothing was foreshadowed, big things happened all the time for no apparent reason and it was frustrating beyond reason to read. (I still agree with this, too much is… too much. I have also recently read a book where the big random things happened and they had nothing to do with the story. It was weird and hard to care about the story because of it.)

It’s kind of fun to look at where you want it to go, and make a list of the exact opposite and think about what would happen if…

My advice about recharging a lifeless character or plot.
There are unlimited options to stir the pot and rejuvenate a character or story, my actual lists are much longer and really random.  Make some lists and keep an open mind. It’s okay to play devil’s advocate if it saves the story from becoming a Yawn-farm.

Don’t forget to check out, share and follow the new daily prompt I host. A new word every day! 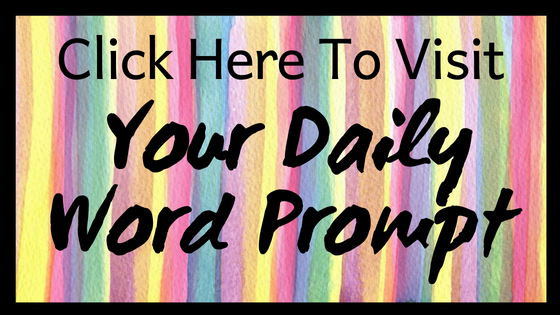 What did you think? Cancel reply